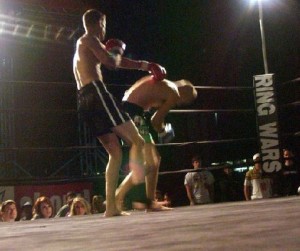 For the second year in a row Joel fought in the co-main event for Septemberfest. This was a tough fight but Joel came out victorious! He fought Eric Howser from Des Moines, Iowa a 6'0 147 lb-er. Joel won the fight by unanimous decision and was given the Max Muscle Warrior Spirit award and received over $200 of Max Muscle products.  Congrats, Joel! 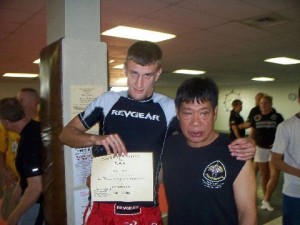 Afterwards Joel and his coach Aaron Cerrone headed down for a two-day seminar with Master Ajan Chai (photo above).