The American Predator Fighting Championship: MMA at the Maxx 2 was treated to a great fight by one of Revgear’s most competitive female Ambassadors. Danika Thibault’s second appearance at an APFC was ended in supreme fashion early in the second round of this modified MMA match. Thibault secured the victory by capitalizing on a perfectly executed Guillotine Choke. Women competing in MMA is definitely nothing new, however finding opponents is becoming harder and harder. After her most recent victory, Thibault is now on the hunt to find worthy competitors to face in the cage. Are you having trouble finding fights as well? 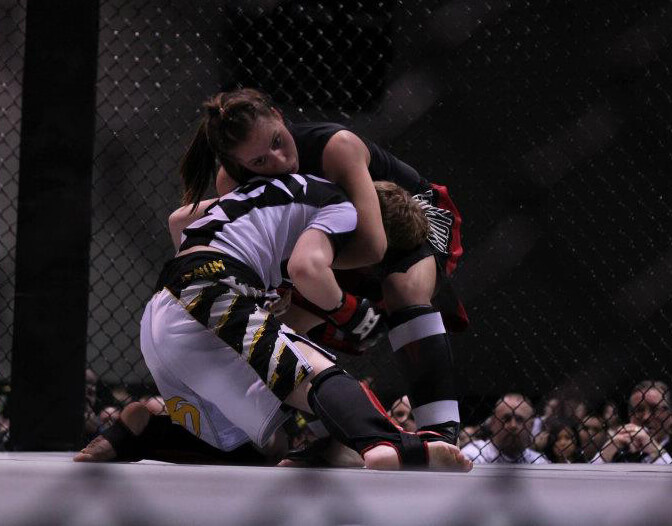