Lux used speed to his advantage, as he was able to land counter punches as Wheeler came in with his punches.  As the round moved ahead Wheeler attempted a standing guillotine, which Lux fended off and laid a powerful slam, gaining top position.  As Lux rained down punches from top mount, Wheeler attempted to scramble out from under Lux, which opened up his backside and ultimate the end of the fight.  Lux pounced on the mistakes and quickly secured a rear naked choke before the sound of the bell to close the first round. 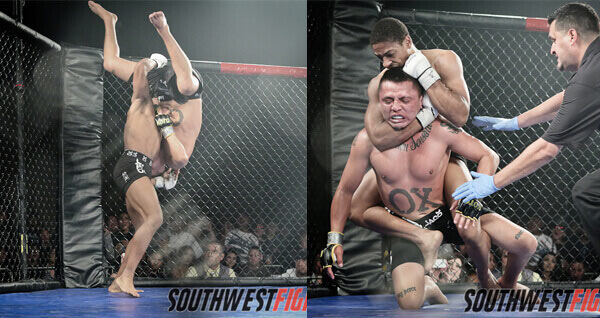