Josh “The Hooligan” Garner had one of the most epic nights of any Revgear Ambassador to date. First he won his American Extreme Combat 2: March Maddness bout, submitting his opponent with a gator roll choke at the 1:29 mark in the first round. Then, while still inside the cage, he took a knee and proposed to his girlfriend. After all of that excitement, Garner received the #2 submission of the night trophy for his gator roll choke. Congratulations Josh and Nicole on your engagement. 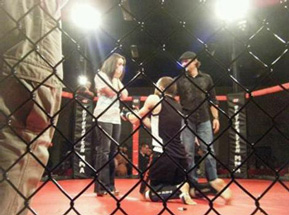 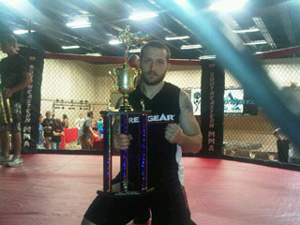