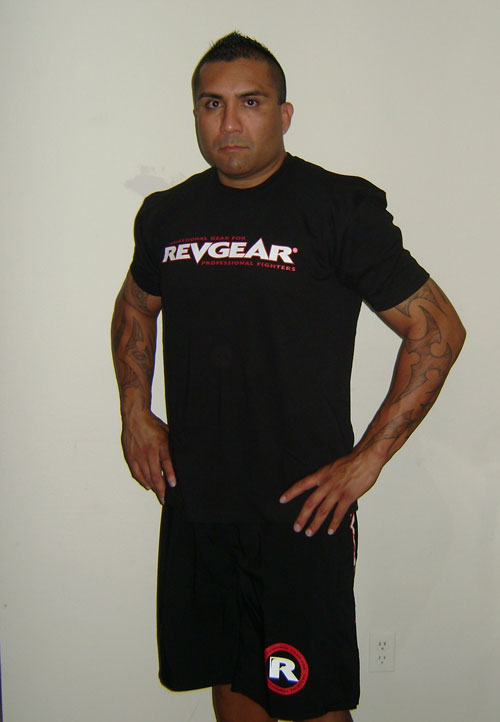 Born and raised in Tucson, Arizona George Castro, 36, will be fighting for a title on April 24th at the World Fighting Federation. George will enter the cage coming off of 3 straight wins. George Castro started off in MMA after meeting Don Frye thus leading to training together for 6 years.  After training with Frye, Castro had his first fight lined up and then one day Frye called him and asked if he wanted to be a pro wrestler. Growing up watching WWF, Castro said yes and took some time off from training MMA. George then found himself in a pro wresting for about 2 years and did a few shows for a company in Japan called New Japan Pro Wrestling (NJP is the WWE of Japan). But this all came to an abrupt stop after an injury that sidelined Castro for a year.  After recovering he decided to pick up MMA again… Currently George holds a heavy weight title out of New Mexico from Power House Combat, and on April 24 he will attempt to put another title around his waist and keep moving up in the MMA world!
×