Should There Be An Age Limit To Compete In MMA?

Left, some of Revgear's youngest and finest Ambassadors, Aalijah "The Prodigy" Pineda and the Ruotolo Brothers, Kade and Tye represent a fast growing segment of MMA practitioners - young and younger. They also represent a new challenge for MMA and its reputation, as many people believe it is too risky for young kids to fight. In the past - for the most part- kids trained in martial arts or MMA, but since the rise of more and more competitions for kids - they are now fighting as well. This has caused some blow back by those that think fighting puts kids at too much risk of injury.

As the sport of MMA has rushed into the mainstream, it has garnered a tremendous following amongst young children - many who have left the soccer or baseball fields behind for floor mats and training gloves to become part of a fast growing sport. But in doing so, have stirred a debate as to weather kids should be allowed to participate in MMA. 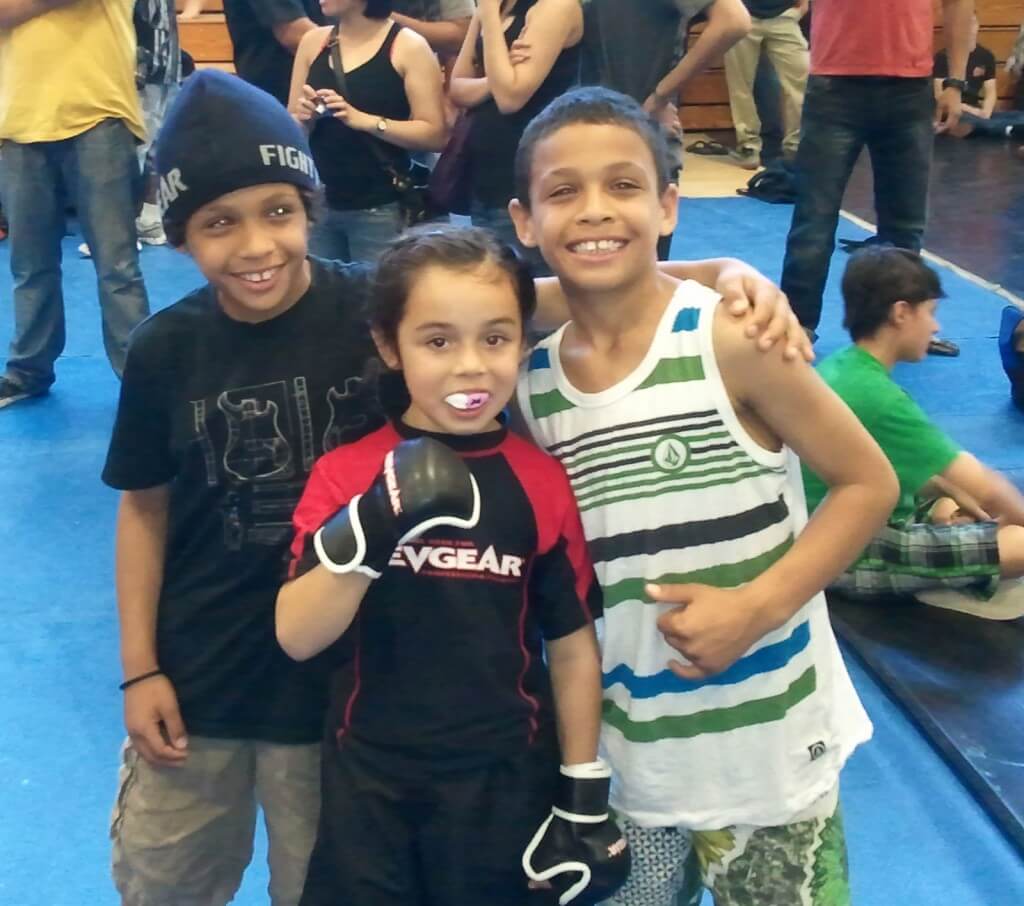 Do you think kids should be allowed to compete in mixed martial arts?

Opponents to kids fighting in MMA state that the sport is too violent, and can cause serious injury to the kids, who some argue don't yet understand that violence is bad. In 2008 Senator John McCain likened the adult version of MMA to "human cockfighting" and wrote a letter to state governors to ban the sport - and some states have.

Those that support it say that kids are well protected in head gear, gloves, and shin guards and are more well protected than some other sports. Also, many parents believe that the exercise, discipline and learning self-defense are good things for children to learn. Even Dana White himself has encouraged kids entry into the sport - which has earned him the scorn of some.

It seems as though it may be hard to find a middle ground between the two sides, and as the sport of MMA grows it will encounter growing pains like this among others things. For the sport to endure, it will have to change and adapt to its increasing popularity and all the scrutiny that comes with that.

Is it too risky for kids to compete in MMA?