Charlie Archer competed in Xplode Amateur Fight Series- XAFS 2: Epicenter earlier this where he faced Deryk Orsat in the cage. Archer, who trains at American Fortitude Martial Arts Academy in Santee, Ca under the direction of Darryl Johnson, took to XAFS 2: Epicenter with a vengeance. Archer faced some adversity in the first round when had his nose broken early in the round. Archer battled through the pain and blood to overpower Orsat in the second round and take the victory by way of TKO (punches). Congratulations to Charlie Archer, Darryl Johnson, and the whole team at American Fortitude Martial Arts Academy. 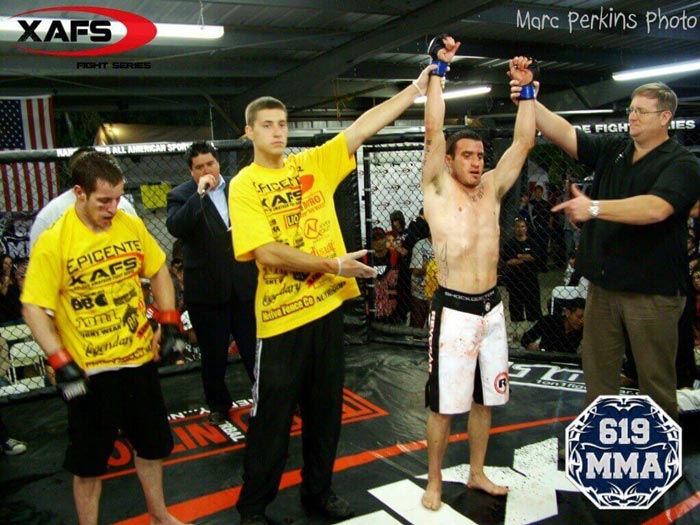