Kyle Nickle took to the cage to face Michael Walker in the third edition of Indy MMA. It was a great back and forth show, with both fighters landing big punches and heavy legs. In the first round, Nickle was set to the mat with a big right hand by Walker, but the bell rang negating any advantage Walker had just gained. The second round started with Nickle landing a huge leg kick that drops Walker, who recovers and gains back position on Nickle. Nickle then lands a superman punch and locks up an omaplata that forces Walker to do everything he can to get away; he does narrowly before the bell. However, the omaplata attempt was enough for Nickle to secure the victory because Walker could not go any further; the fight was ended via doctor’s stoppage. The Revgear ambassador is getting ready for his next Indy MMA event at the end of June. 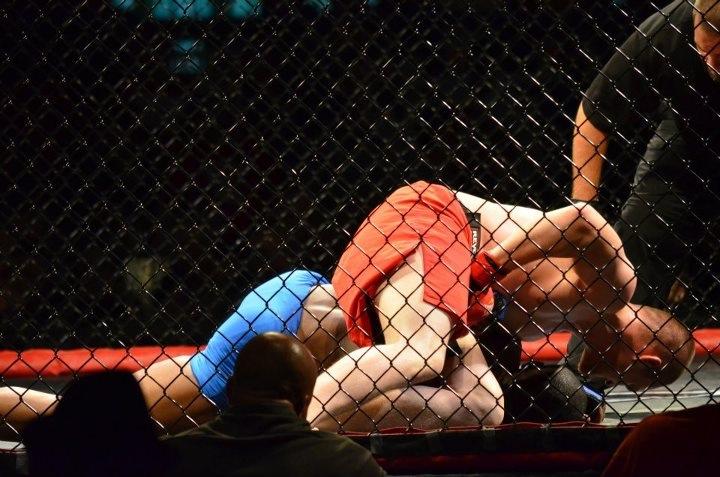