Michael Robinson is a member in the talented group of pro fighters that compete under the Revgear Ambassador banner. Earlier this year, Robinson took to the cage in Greenville, South Carolina to face Dave Linder at Quest For Glory Championship 1: The Quest Begins where he was making his 2nd pro fight appearance. Robinson overpowered and dominated Linder in the 1st round, hurting him a couple times with big punches. Round 2 was much of the same from Robinson, who ended up collecting the victory at the 4:39 mark via Verbal Submission. Robinson is currently working on his 2012 schedule and will be back in action soon. 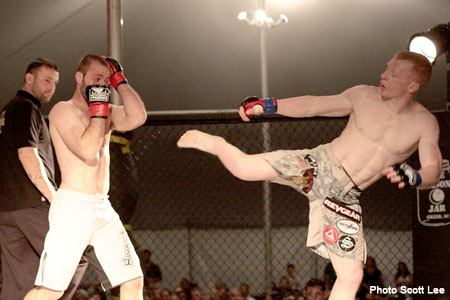