NAGA has been taken by storm as of late. New Revgear Ambassador Taylor “The Terror” Guerra has dominate every tournament she has entered in. Here most recent victories came on back to back weekend in April. On April 14th at Combat Corner 9 Guerra took first place with 3 submissions in the Expert No-Gi division. The following weekend Guerra went to NAGA in Chicago, taking first place in the 12-13 year old 60-69 pound Boys expert Gi and No-Gi division; all fights were won by submission. Taylor Guerra has definitely been on a “Terror”, but where will she strike next? 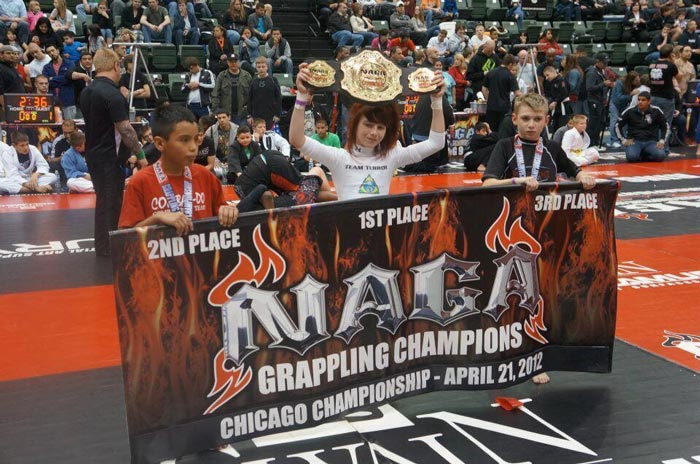