Congratulations to James Zidek who won his fight this last Saturday the 223rd via decision. Zidek defeated the number 3 145lb-er in Wisconsin. Zidek who is always willing to take a fight took this one on two weeks notice after his previous opponent backed out and he wanted to fight Zidek.

After a hard fought battle Zidek outworked his opponent and got the nod from the judges. Zidek's fight was featured on pay per view. here is the banner and a couple links to the fight. we couldnt have a camera in but someone got it. Zidek is back in the cage August 27th in a rubber match in his hometown for the 135lb belt. Zidek hope to be holding belts in two weight classes when all is said and done. Keep it up James!

Check out the fight video of James at HFS Fight Night 10 above. 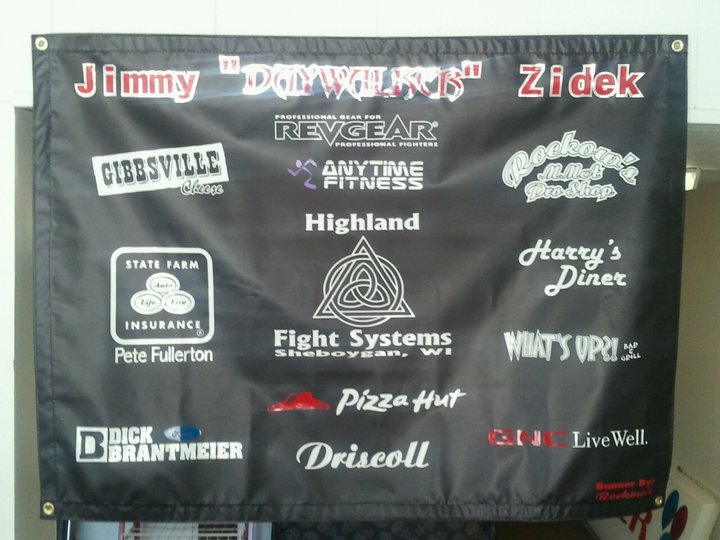