"My Teenage Son Wants to Train UFC, But I Told Him NO WAY!" - by Gary Edwards.

Gary Edwards is Head MMA coach at Laurel Mountain MMA, North Carolina. Gary shares his thoughts about difference between UFC and MMA, and some common misconceptions about MMA for kids.

Let’s first break this down by addressing one of my many pet peeves.   The UFC is the name of a company, very similar to the NFL which stands for National Football League.   The UFC stands for Ultimate Fighting Championship.  The first event took place in 1993 and was in a tournament format.   I think that’s why it was originally called a championship because at the end of the night, there could only be one winner.   The UFC continued to use the tournament format until UFC  18.  Weight classes and a bunch of rules were added, but the franchise name stayed the same. 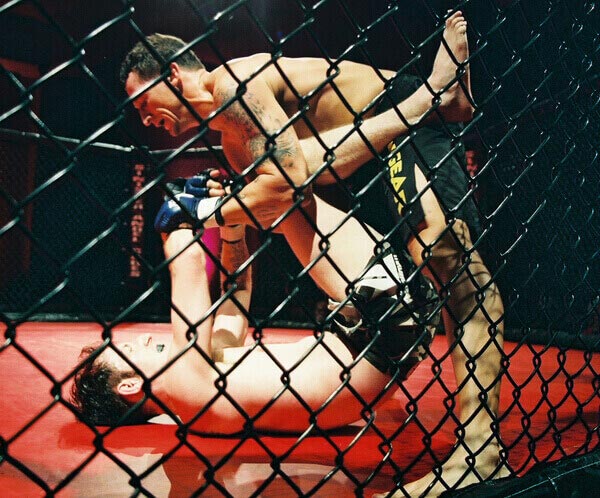 So just like you would say, “My son wants to learn football (and not NFL)” you should also say, “My son wants to learn Mixed Martial Arts, and maybe one day he can FIGHT IN THE UFC.”  I don’t blame the general public for this mistake though.   There is also a television show called The Ultimate Fighter and even the former heavyweight champion of the world Brock Lesnar will refer to himself as “an ultimate fighter.”  I’m not really sure which one bugs me more; when people refer to Mixed Martial Arts as ultimate fighting or refer to MMA training as UFC training.   Both are equally annoying, but at the same time at least they’re promoting and talking about the sport I spend the most time watching.  And since the UFC is comparable to the NFL in terms of popularity and dominance, I can see why this mistake is made.   So if you do this or have a friend who says they want to train UFC, punch them in the stomach and correct their ignorant ways! It’s called MIXED MARTIAL ARTS!

Ok, now that I’ve established the difference between MMA and UFC, we can move on to my friend who will not allow her son to train in Mixed Martial Arts because he is already too hyper and violent.   There is a common misconception amongst many parents that a child who trains in karate or martial arts of any kind will in fact become more aggressive and violent.  This is far from the truth.  I grew up learning traditional martial arts, so I know the benefits that come from training in a structured environment.  I learned discipline, respect, responsibility, patience, self awareness, and humility at a very young age.   The last thing I wanted to do after a long and brutal workout where not only my body was broken, but also my mind, was go home and be hyper or pick on kids at school.  Getting beat up in class by a superior athlete or coach is a good thing. 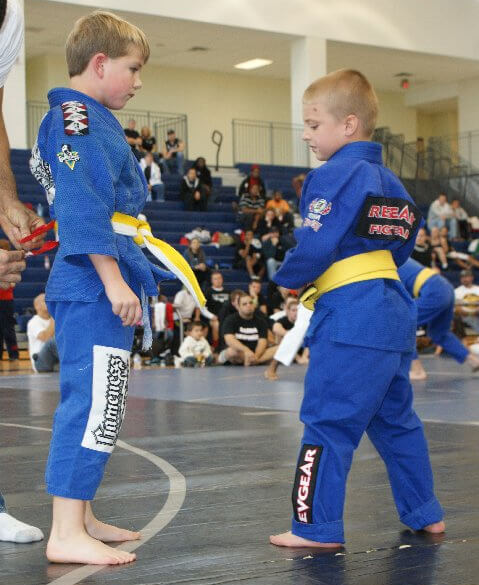 You learn what it feels like to lose, therefore feeling humility and not wanting to put that on to other innocent people.  When a young kid has a great teacher or coach that he respects, you listen to them and try to follow in their footsteps.  If my coach told me to leave my fighting in the dojo or the cage, that’s what I’d do.  Why would I want to let down the man who I respect for making me a better person? Working with a class or teammates taught me patience.  I could never be the center of attention because you have to wait your turn to be taught or to showcase your newly acquired skills.  Self awareness was key when being called out in a group setting for not listening, concentrating, or performing an incorrect technique.   I think going to class on a regular basis taught me a very basic life lesson: you have bad days and you have good days.  My father would refer to this as “Sometimes you get the bear, sometimes the bear gets you.”  And once you’re aware that this happens in life, you don’t beat yourself up so much when you have an off day.  That’s just another part of life.  It’s no different than the beating you took on sparring day because you weren’t present in the moment and just having a bad day.

Being part of a team or class in martial arts also teaches you not to judge a book by its cover.   There is no better way to learn this than by getting your ass handed to you by the guy you perceive in class to be the nerdy one wearing glasses.   You should respect everyone because you have no idea what they bring to the table or what they’re capable of.   I could go on and on about the positive aspects of Mixed Martial Arts training, but the main point I’m trying to get across is that the single best thing for a bad kid or hyperactive teenager might be to allow them to train UFC or ultimate fighting—er, I meant MIXED MARTIAL ARTS.

Many of the most humble and respectful people I know are fighters or martial arts practitioners.  And many of them started out the same way—as bad kids looking for a creative and physical outlet in life.   Don’t get me wrong, I’m not saying that Martial Arts will fix all bad kids, but it can help give many of them the tools they need to get through life and become better people.