Revgear Samurai Series as featured in the January 2013 issue of Ultimate MMA Magazine.

This State-of-the-art gear is made for the modern warrior and modeled after traditional amour used by samuria warriors of ancient Japan. Samurai Series is constructed from high quality, durable leather, bearing the Japanese kanji Sutoraiki suru, meaning to strike. The hallmark steel plate armor is a distinguishing graphic theme throughout the entire series. A revolutionary design process makes graphics permanent so it will not rub or peel. Samurai Series features gel padding, steel like wrist support, and moisture wicking non-slip linings that won’t restrict movement during hand to hand combat. 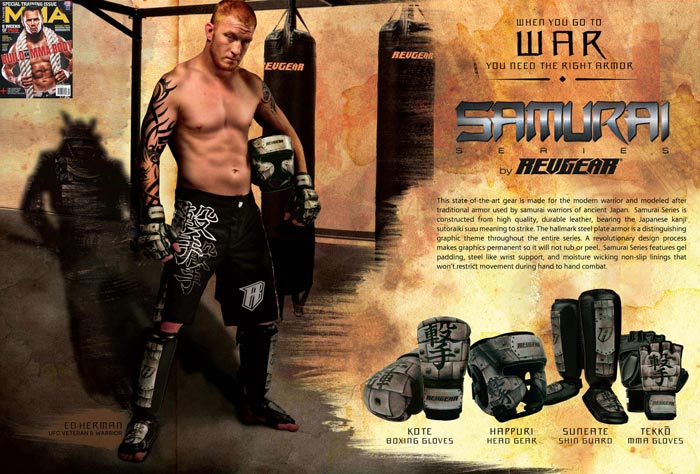