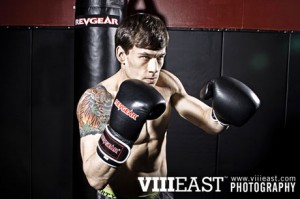 Brian Bowles (born June 22, 1980) is the current WEC Bantamweight Champion. So far he is undefeated in his professional MMA career (his record is 8-0). He holds a notable victory over former long time WEC Bantamweight Champion Miguel Torres. Brian is currently ranked by MMAWeekly as the #1 Bantamweight fighter in the world. Bowles is going to make his first WEC Bantamweight Championship defense against Dominick Cruz on March 6, 2010 at WEC 47. Brian’s opponent, Dominick Cruz, is a more than worthy challenger - he holds a 14-1 record in his career and is in the midst of a five-fight winning streak. His WEC record is 5-1. Brian is very serious about defending his title. He says: “…That’s what I have to do – keep winning…  At this moment, all I’m focusing on is Cruz. That’s easy to say, but that’s what I’m doing.” Revgear is proud to sponsor Brian Bowles. We are rooting for him this Saturday, March 6. You can watch the fight on Versus>>>
×