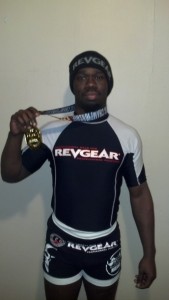 Otis Caldwell recently entered the annual 2012 NAGA competition in Chicago, IL. The Veteran Revgear Ambassador competed in the Adult Bantam Weight with GI in the Blue Belt division; Caldwell advanced to the semifinals with a 4-2 victory. However, the semifinals match was a battle. Caldwell eventually won the match with a score of 15-2. In the Championship match Caldwell secured a Guillotine at the 2:23 mark in the round to claim victory. The most impressive element of the fight was that Caldwell’s opponent had never been submitted before that match. Otis Caldwell took a short break from the cage mainly to focus on this tournament and it paid off quite nicely. He will be making a return to the cage in August for his professional debut in Michigan. 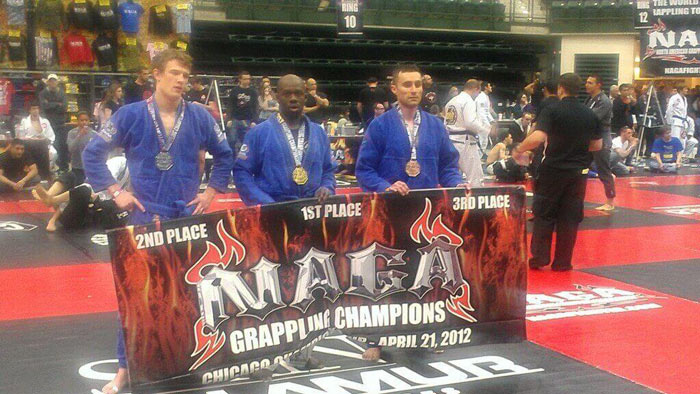