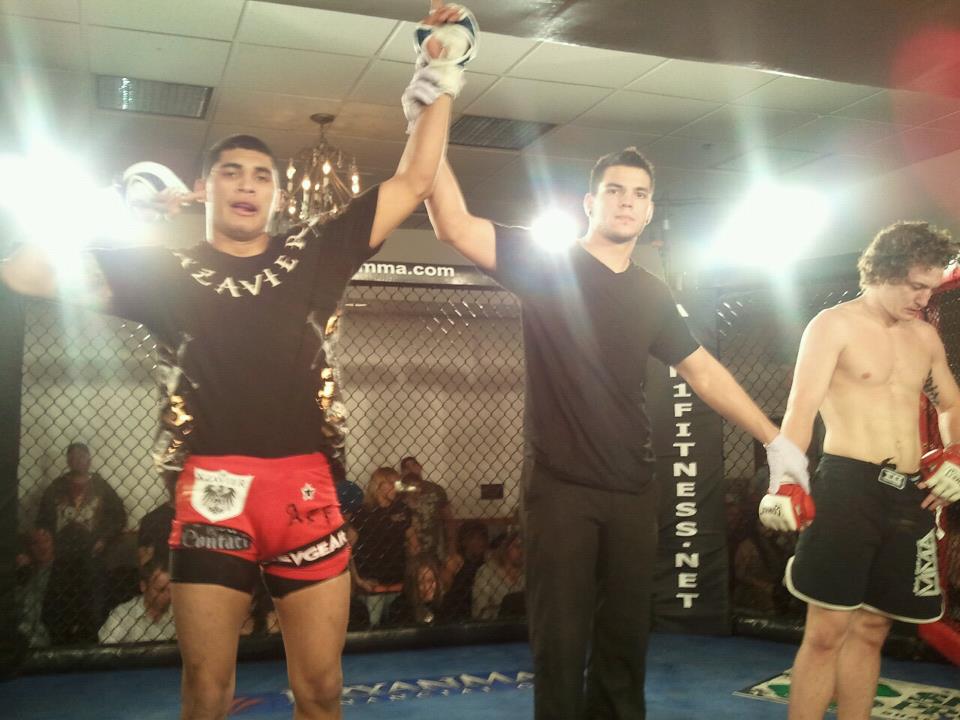 Jonathon Thompson was one of the headlines on the main card for Shamrock Promotions: Battle on Route 66 in Springfield, Illinois. The Revgear Ambassador squared off against Matt Williams inside the Route 66 Hotel. Thomson weighed in at 155 pounds, 10 pounds lighter than his opponent who weighed in at 165. However, the weight difference played no role in this bout; Thomson took the fight to the ground and submitted Williams using an arm bar at the 2:27 mark in the second round. Want to wear a Revgear patch on your shorts like Jonathon? You fight in the cage, now fill out the application.