Nam Phan came to us back in the day, filling out an application for a Revgear Ambassadorship like all of you, and never looked back. He progressed through all the levels of the Ambassador Program, competed in numerous Strikeforce fights, and eventually found himself as a competitor on Season 12 of The Ultimate Fighter: Team GSP vs. Team Koscheck. On The Ultimate Fighter Nam faced Leonard Garcia in the season finale of the season. Phan went on to lose the fight via a controversial split decision. Due to the controversy surrounding the decision, both fighters were awarded a win bonus by the UFC and the fight earned "Fight of the Night" honors.The loss was named 2010 Robbery of the Year by many MMA websites, most notably by Sherdog.com. After The Ultimate FighterPhan signed a contract with the UFC and is currently competing in the featherweight and lightweight divisions. Not only is he a fierce competitor, but a great role model and teacher as well. Phan currently owns and operates Nam Phan MMA Academy in Garden Grove, CA and is scheduled to face Cole Miller at UFC on Fox 4 in August.

Check out this classic photo of Nam Phan when he was in the Ambassador Program. 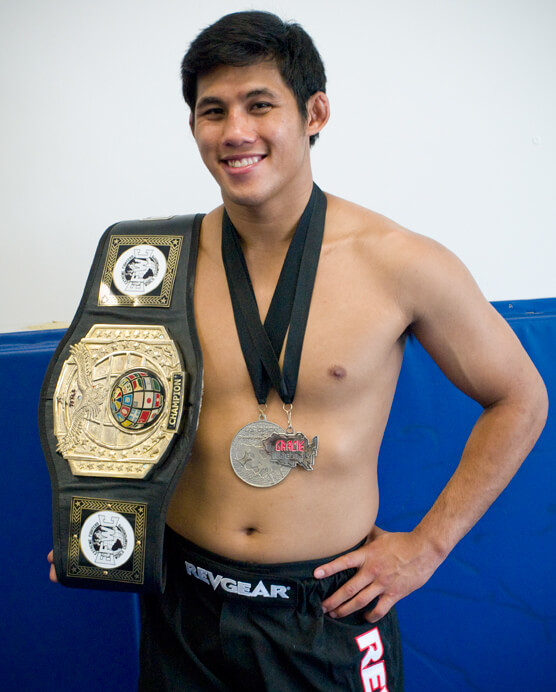