The Ultimate Fighter returns to FX on September 14th and 9PM—finally, something good on TV Friday nights.  Plus, the show gives you an hour of interesting TV and it leaves you with time to hit the down afterwards with some buds.  The 32 fighter cast is being coached by some of the guys in the business Shane Carwin and Roy Nelson (both are good friends of Revgear). With any reality TV show, there are always a few front runners that we all think are going to run the tables on the competition and The Ultimate Fighter is no different.  Some of the fighters to keep an eye on are top Bellator fighter Sam Alvery; M-1 fighter and octagon veteran, Igor Arujo; King of the Cage tenure fighter, Ricky Legere, Jr;  Strikeforce fighter Bristol Marunde; and Mike Ricci, who trains alongside George St. Pierre.  The cast of fighters are chasing the same prize, a contract with the biggest MMA fighting promotion in the world, the UFC; not to mention some pretty legit bragging rights. 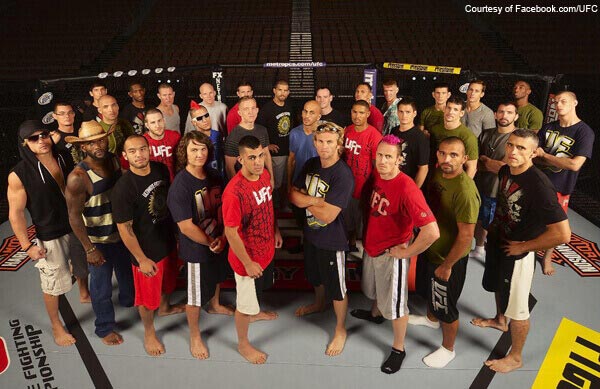