Revgear Ambassadors Katie Dihle may be one of the most talented amateur female fighters in the nation right now. She currently holds an amateur record of 6-0 and holds 3 135lb titles. Her most recent fight was held in Taylor, Michigan by Genesis Fighting Championships. For this bought Dihle entered the cage to face Kathleen Albany for the 135lb Women’s Championship Title. Not only was this a title fight, but it was also the first ever female MMA event held by Genesis FC. The bloody bout lasted the full 3 rounds, but in dramatic fashion. With 10 seconds remain in the 3rd round, Dihle knocked out Albany, leaving her with stiff legs and a hard fall to the mat. When Albany went to the mat, Dihle jumped at the opportunity to pile on, but the horn blew and the fight was over. The unanimous decision victory for Dihle was also awarded fight of the night. Be sure to keep an eye out for this brightly burning star in the world of female MMA. 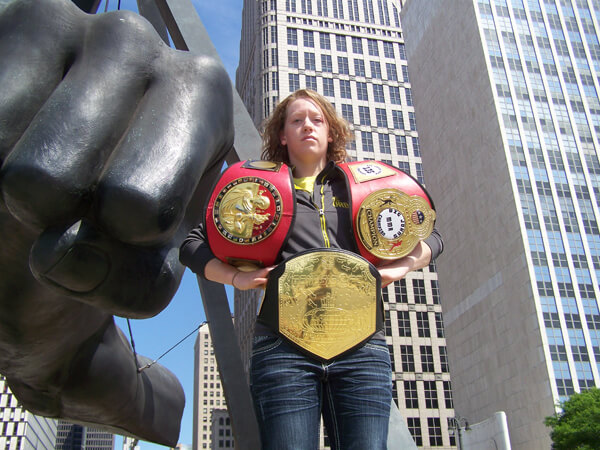