As the UFC grows so does the number of events and judges needed to judge the bouts. Normally - this is a great sign for a sport. However, UFC 131 was a perfect example of how the sport may be growing faster that the ability of sports commissions to train judges on MMA scoring.

For those who watched the match between Elkins and Omigawa - it was hard to accept a decision in Elkins favor that just did not seem to match the performance in the Octagon.

The fight was a closely contested bout from bell to bell with Elkins landing more often in the first round and Omigawa picking apart Elkins in the second with some power shots. The third was a clear cut round for Omigawa as he blasted Elkins with a few choice shots from top control and landed a brutal left at one point during the round. From all indications, Omigawa was heading to a decision victory himself. The judges had other ideas however, and have shined a light on some glaring inefficiencies plaguing the rapidly growing UFC. 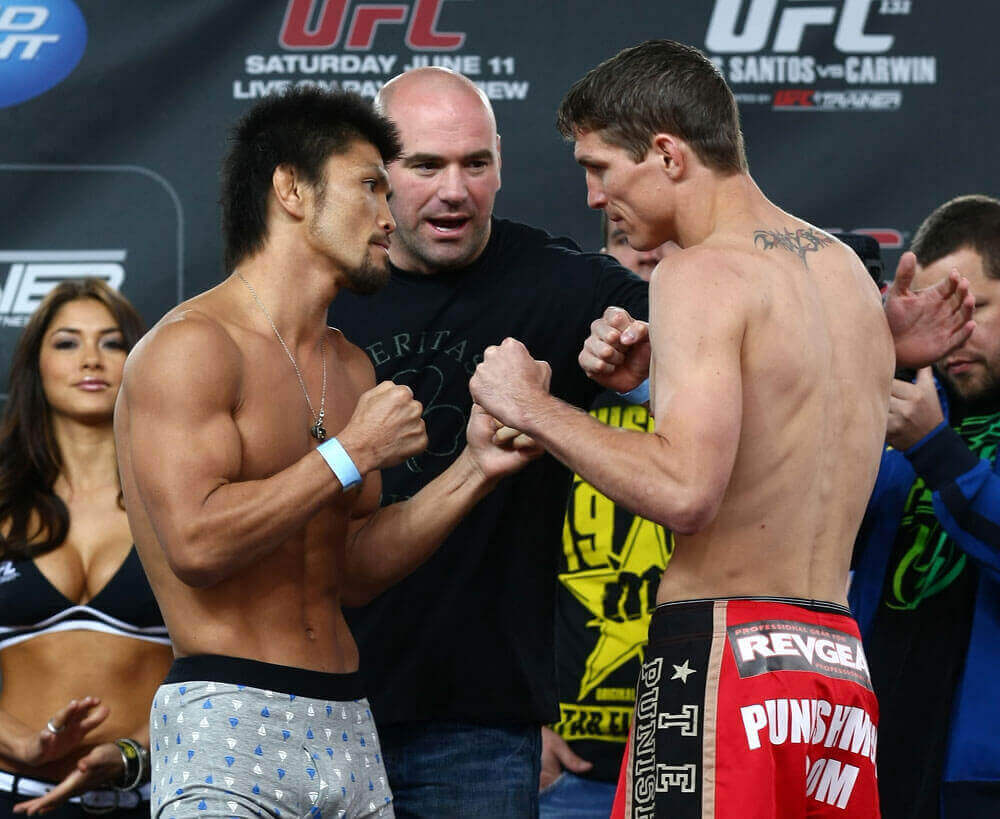 Dana White, never shy about criticizing officials, blasted the night's judging following the event, and, in a not unprecedented move, announced that Omigawa would receive his win bonus anyway.

"I veto, man. I don't think he [Omigawa] lost. We're going to pay you your money," White told the press. "And we're going to treat you like you won."

While this is not the first time judging has been the center of controversy at a UFC event, it certainly is an example of how the UFC is outpacing athletic commissions ability to train judges on MMA scoring. Most judges who score these events have a boxing background which really does little in helping them score the bouts. MMA scoring is more difficult and diverse than boxing scoring, and until there is a better method in place White and the UFC will continue to have these issues.

The real winners in this debacle? The UFC fighters - White has repeatedly paid fighters whom he thought won, their win bonuses. It pays to be in the UFC - pun intended.

Do you think Omigawa should have been paid his bonus?

Who Do you think won?

Does paying Omigawa his bonus in any way take away from Elkins victory?