Danny Aguirre took to the cage in April at XFO 43 at the Copernicus Theatre in Chicago, IL. The Revgear Ambassador was slated to fight Ryan Mcintosh, but got former WEC and Elite XC veteran Justin Robbins instead. Aguirre, standing at 6’1” tall towered over the 5’5” tall Robbins, as the two entered into the cage. Each round was action packed all leading up to the eventually fight ending move; a Rear Naked Choke. Aguirre was able to use his tall frame to gain position on the much small Robbins and sinking into a Rear Naked Choke at the 2:47 mark in the third round. The win now gives Danny Aguirre a MMA record of 6 wins and 2 losses.

How much does a height or weight difference factor into the result of a fight? 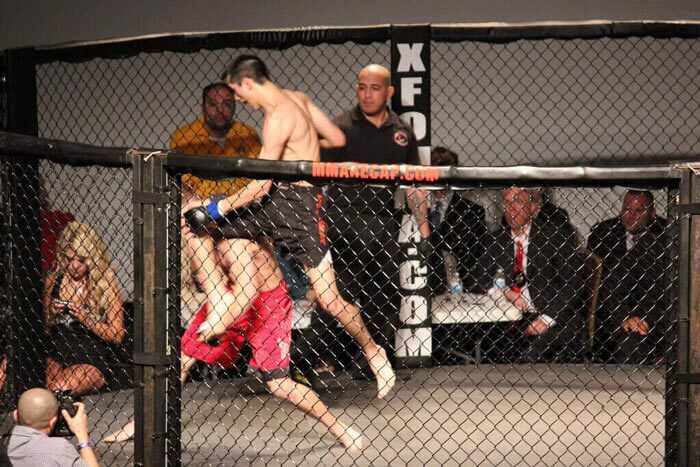