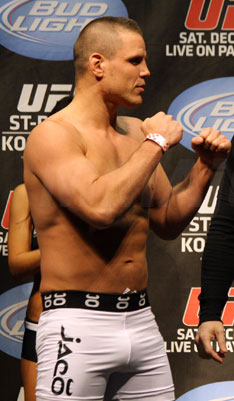 Jesse "Water" Bongfeldt (15-4-1) will be taking on Chris "The All-American" Weidman (5-0) , June 11th at Rogers Arena in Vancouver, BC. Bongfeldt, a striking and submission expert will be reppin’ Revgear Saturday. Bongfeldt began his career fighting in the regional fight scene in Canada, including fighting under King of the Cage-Canada and TKO. In that time he amassed a 15-4 record, finishing every opponent in the process. He is also a former TKO Welterweight Champion. On October 27th of last year it was announced that Bongfeldt had signed with the UFC to step in on short notice to fight Rafael Natal. After three hard fought rounds, the fight was ruled a unanimous draw. Bongfeldt is looking to get back on track with a "W" on Saturday.  Revgear wishes Jesse the best of luck.
×