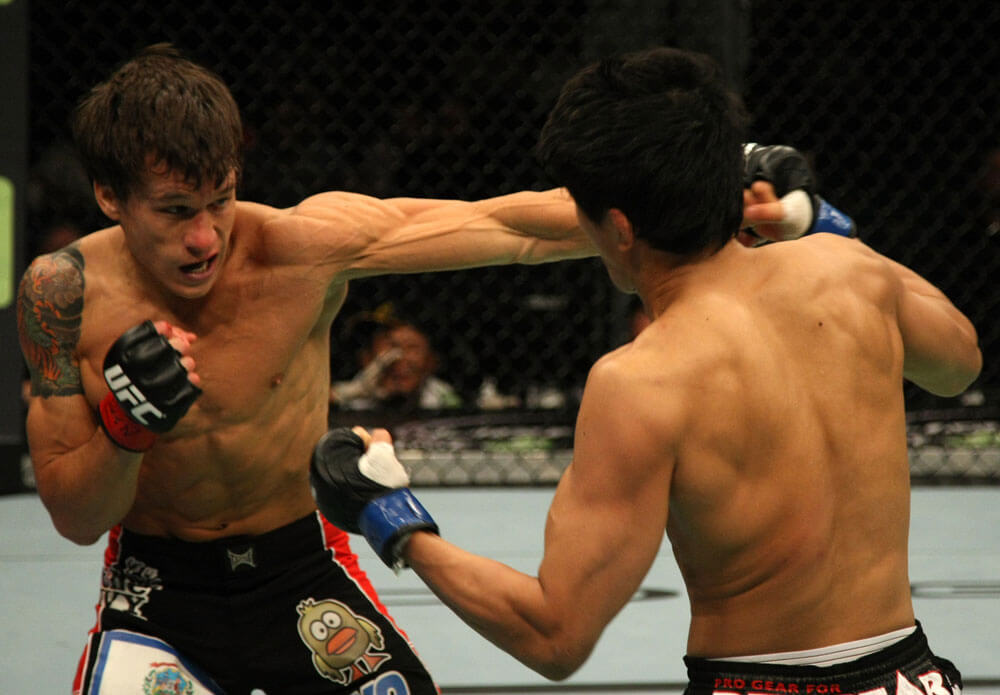 The fight between former WEC champion Brian Bowles (Left in pic) (9-1) and Takeya Mizugaki (14-5-2) was featured on the UFC's Facebook page, as part of UFC 132 which took place at MGM Garden Arena in Las Vegas this last Saturday.

The fight started slow with both fighters taking time to feel each other out.

In the third round Bowles seemed to gain some footing and managed to take down Mizuagki and get ahead on the scorecards.

Who do you think Bowles should fight next?