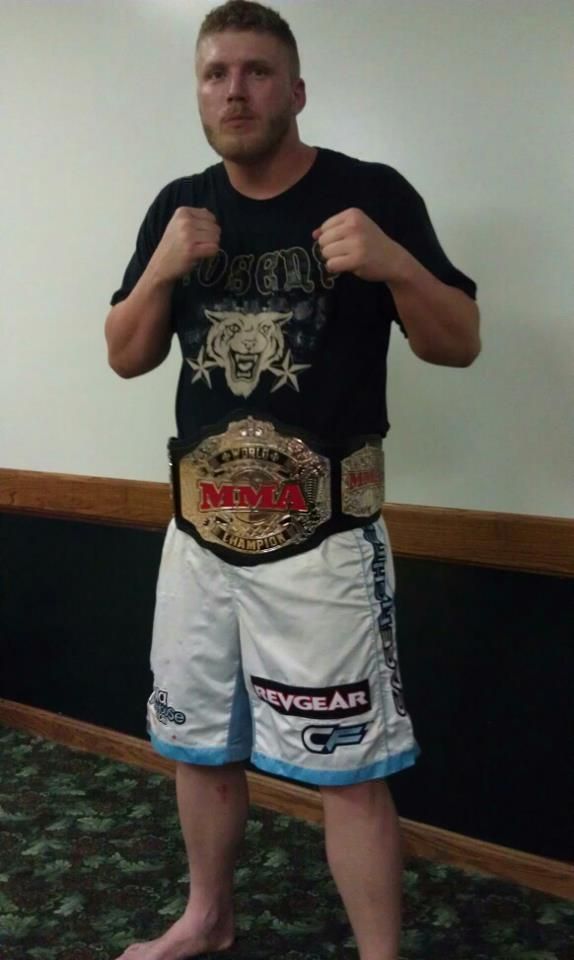 Revgear Ambassador Wesley Dinan won his Heavyweight Title defense at Big Red Entertainment's 3F.A.D.D. charity fighting event in Cadillac, MI. The event raised money for the families of two local young men who were killed by a drunk driver. Welsey won via knockout at 2:30 in the first round, bringing his record is to 8-4, and bringing him one step closer to going pro.